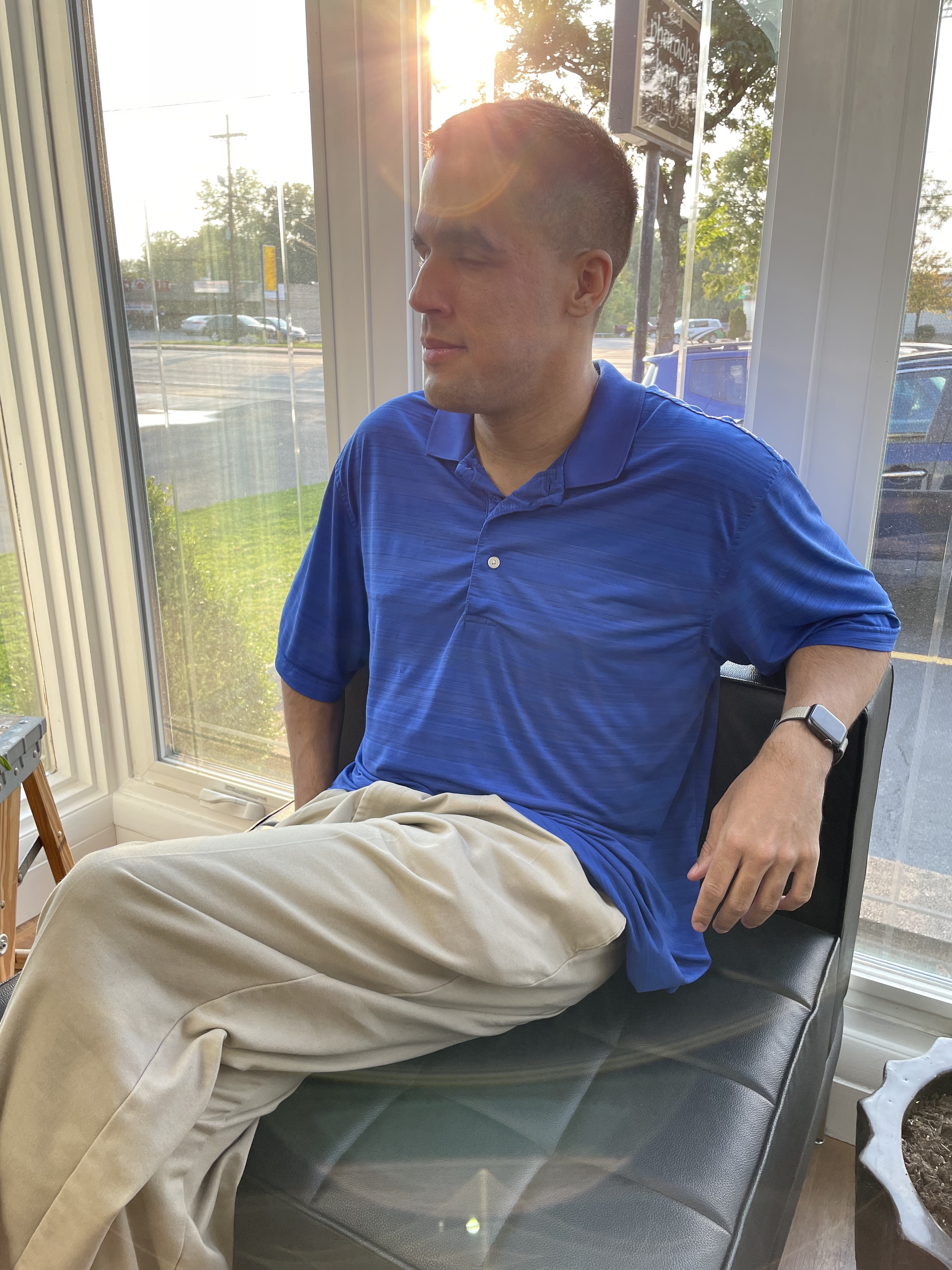 New! Want to get an up close and personal experience in real time? Listen to me on the radio every Thursday from 5-8 PM Eastern Time, hosting Drive Time with DJ Shadow, online at Rochester Free Radio or on your smartphone by downloading the TuneIn Radio app and searching for Rochester Free Radio. The show is an exciting mix of music, trivia, fun facts, and so much more, and you never know what you’ll hear from one minute to the next.

My name’s Logan, and I’m a 30-year-old professional living on my own and working as a Unix System Administrator in the Enterprise Infrastructure Services team at the University at Buffalo.

I was born in Little Rock, Arkansas in 1992 with a rare eye condition known as microphthalmia, and have been diagnosed with Asperger Syndrome as well. Together, these two disabilities affect how I see the world (no pun intended) and how I interact and socialize with others, but I haven’t let them stop me from doing what I want to do or achieving my life goals.

In 2000, when I was eight years old, I moved to the southern tier of New York State and have been here ever since. I graduated 31st in my class of 106 students from the Campbell-Savona Central School in 2010, graduated with an AAS degree in Information Technology from Corning Community College in 2013, and finally received my Bachelor’s degree in Web Development from Alfred State College in 2016. So, as you probably guessed, I’m a bit of a techie, with skills ranging from Web development to software development to computer repair and everything in between.

A lot of people ask me how I use a computer (or do a lot of other things, like get dressed, use a cell phone, cross the street, etc.) without being able to see. The answer is that I use a program called a screen reader that reads the contents of the screen aloud to me so I know what’s going on. I type at about 113 words per minute on a regular keyboard, and also read and write Braille (though not as much as I used to in the past). My operating system of choice is macOS running on a 2021 16-inch MacBook Pro laptop, but I also use Windows 7 from time to time, specifically when I DJ an event or broadcast on the radio. My screen reader of choice is VoiceOver on my Mac, and I use the free and open source Non-Visual Desktop Access (NVDA) program when on Windows.

In addition to being a techie, I also play guitar, sing, play piano and drums, and even write my own music in my spare time. I’m pretty good at doing accents from other countries and parts of the US, and some say I have a great sense of humor as well.

Want a taste of what I sound like? Here’s a sample from my time on WCEB 91.9 FM, a non-commercial radio station in Corning, NY:

And here’s a sample from my time a few years later on WETD 90.7 FM, an even larger non-commercial radio station covering most of western New York and even parts of Pennsylvania:

Kindness, sincerity, trust, loyalty, and commitment are what I look for in a relationship, whether it be a friend or a girlfriend (yes, ladies, I’m available). I feel that a good relationship is built on a solid foundation of trust, openness, and honesty, and that only by standing on this solid rock will the relationship have any hope of succeeding. I try to be kind and caring to everyone, and some people tell me I often care too much about people or even come across too strong or forward when I talk to them. This is mostly due to having Asperger Syndrome in addition to my visual impairment. On the bright side, though, I have also been told I have one of the biggest hearts, and this is something I take pride in because I want to be someone that people can really connect with, someone that looks deeper than what’s on the surface and tries to understand and accept people for who they are, not what they look like or what they’ve done. If you’re OK with this and can accept me for who I am, including all the flaws and fears I have, then I think we’ll get along just fine. 🙂

Social media is very important to me, though I have to say that I don’t post on social media sites as often as I probably should, or at least as often as other people do. However, I do use Facebook, and Skype, and was also considering the thought of having an Instagram account at one point in time. Someone once told me I should get Instagram, take photos, and then post them to the service without first asking a sighted person to describe said photos to me. While I think it’s a great idea, I as of now have not actually created an account yet, but perhaps I will in the future.

So that’s about it for this little bio. I plan to post updates about what’s happening in my life to this online blog as time goes by, and I encourage you to read and comment on them if you have anything to share. Also, you can always send me an e-mail if you’d like to get in touch that way. Thanks for reading, and I hope you enjoy your time on my Website!

This site uses Akismet to reduce spam. Learn how your comment data is processed.